Reviews From Fredric ⭐⭐⭐⭐⭐
This is my very first 3D printer. I must say that it was very easy to assemble along with setting it up for my first print. Don't expect to have wonderful prints right off the bat. Setting up CURA was really easy and I was able to print out a calibration cube. This is where the steep learning curve begins. You really need to learn a lot about slicer settings and what they do. You really have to do your homework and learn....
Tomas Begley⭐⭐⭐⭐
Assembly is easy and the included instructions are clear. packaging was more then sufficient to keep the printer protected despite the box having a few dents from shipping. print quality out the box is great even just using the base Cura profile. Most of the small things I would change about it is firmware related, out the box (even with the latest firmware flashed) the auto bed levelling is using an incorrect probe offset. The community does have some alternate firmware's that fix this but they are on an older version then the new Creality firmware so it would be nice to see this fixed in the next official Creality update. Something else that probably needs fixed in firmware is an issue where if you run out of filament it turns the heated bed off causing the part to come free from the bed before the print can be resumed. I also had the main case fan fail after only a few hours printing (shown in the attached video) I swapped it out with a higher quality replacement and its fine now but it doesn't reflect well on a product if it requires parts swapping less then 2 days into use. One other small issue is the loud squealing sound that the Z axis makes when moving, some people have suggested that it is due to misalignment but I can confirm this is incorrect. with the leadscrews removed the bed moves smoothly and with no noise, after upgrading to anti-backlash POM leadscrews (pictured above) the noise is almost completely gone. Despite these small issues I would still wholeheartedly recommend the printer to both newcomers and experienced people alike, the community support is good and it provides a good base for learning. 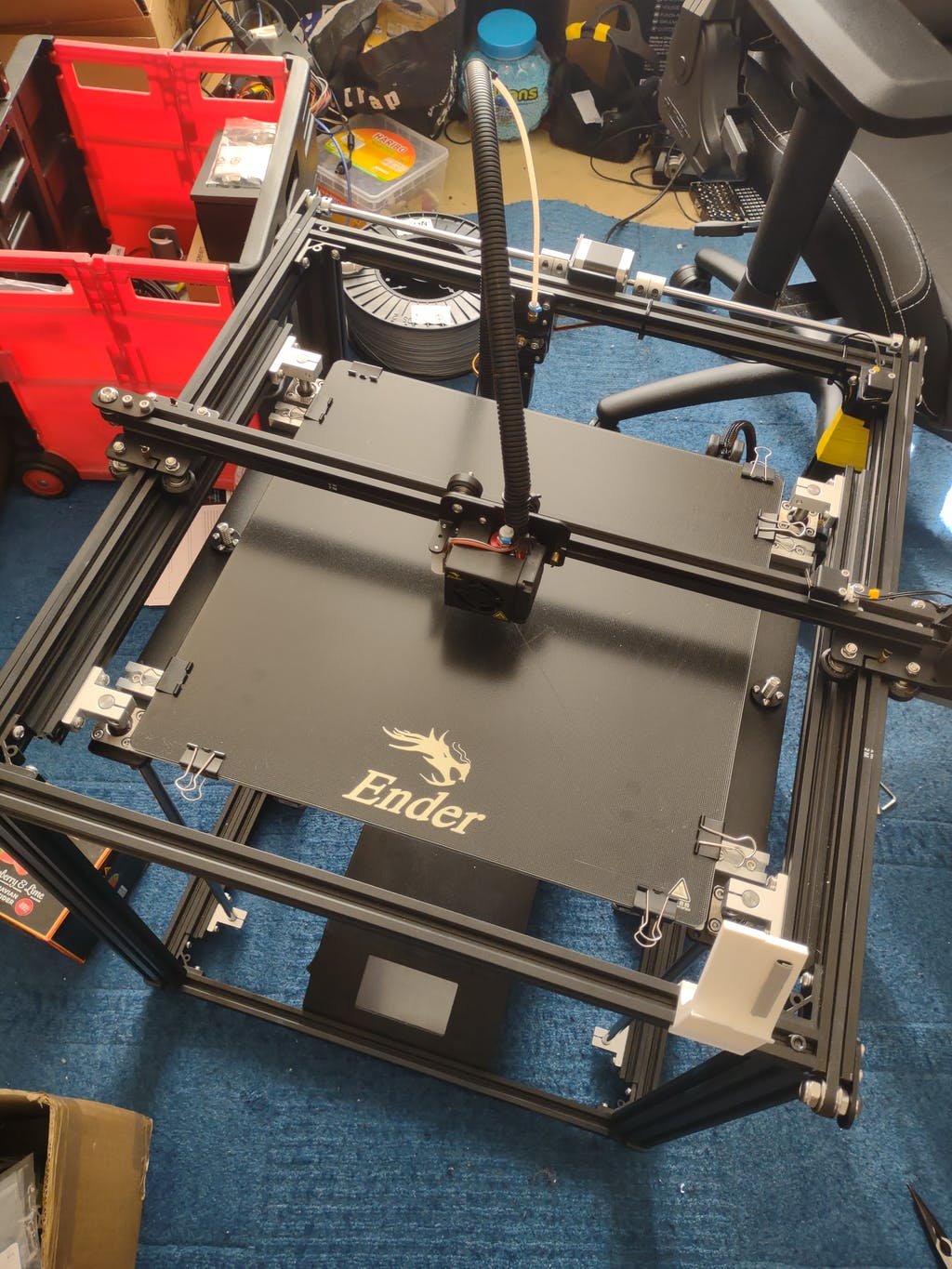 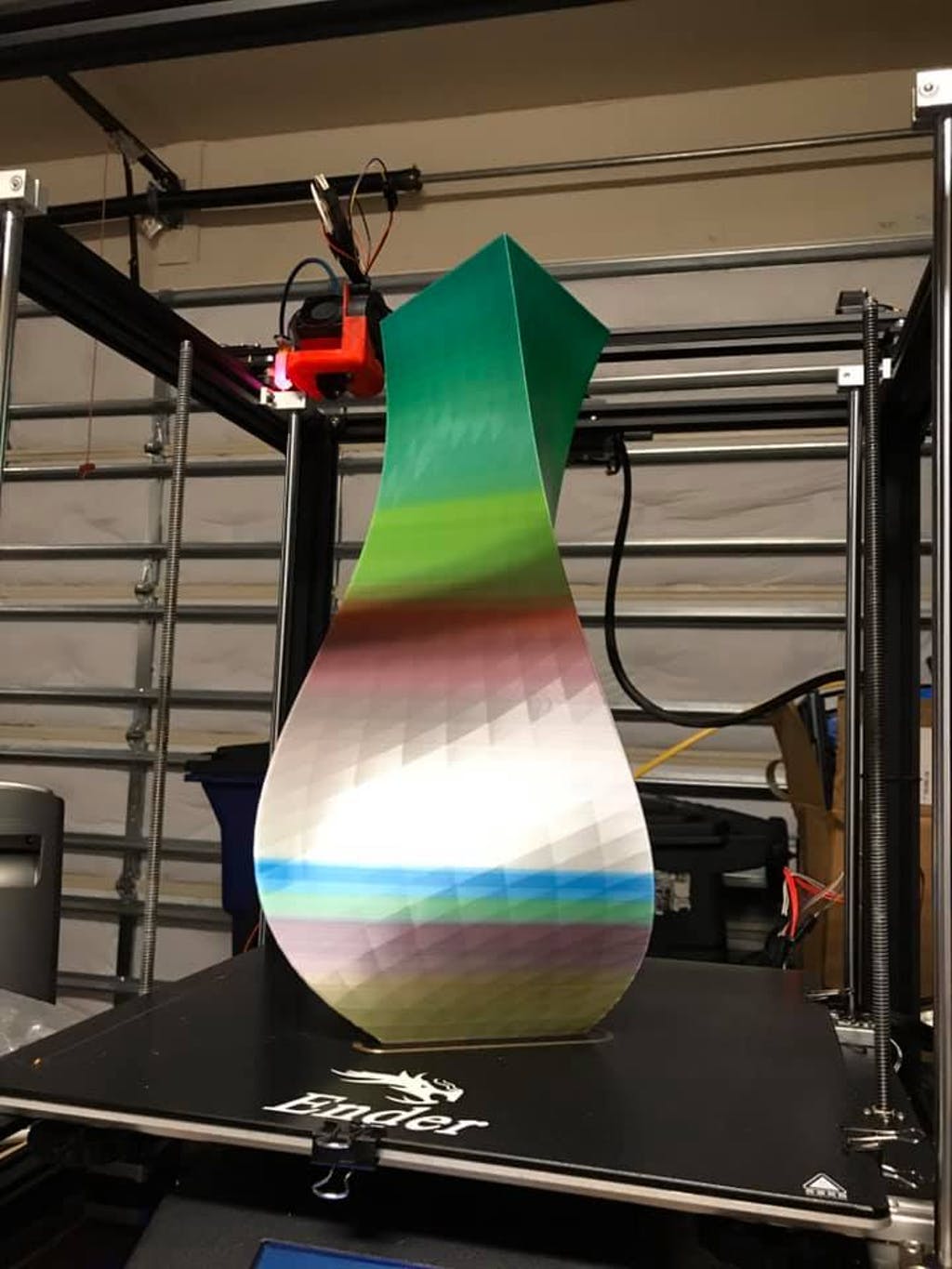 Facebook User
We’ve done two 400mm tall test prints so far on the 5plus. Filament is eryone mini rainbow...won’t get that again. The first two prints to stretch the 5plus’s height since we’ve finally got it running near proper. https://www.facebook.com/photo.php?fbid=1217829395077210&set=pcb.1566818173471440&type=3&theater
Robert Holmberg ⭐⭐⭐⭐⭐
I have after a long time finally assebmled the unit and I love the printer. The semi assembled parts were not correct and had to be adjusted, and that was a bit weird, they could have been correct or not together at all. I even had one screw that were round and couldnt be adjusted (pointed it out on the picture with an arrow). But it still makes the prints great, So I guess I have to live with it. It is also a bit noisy and good to make a box for noise reduction if running in the same room as where you are. 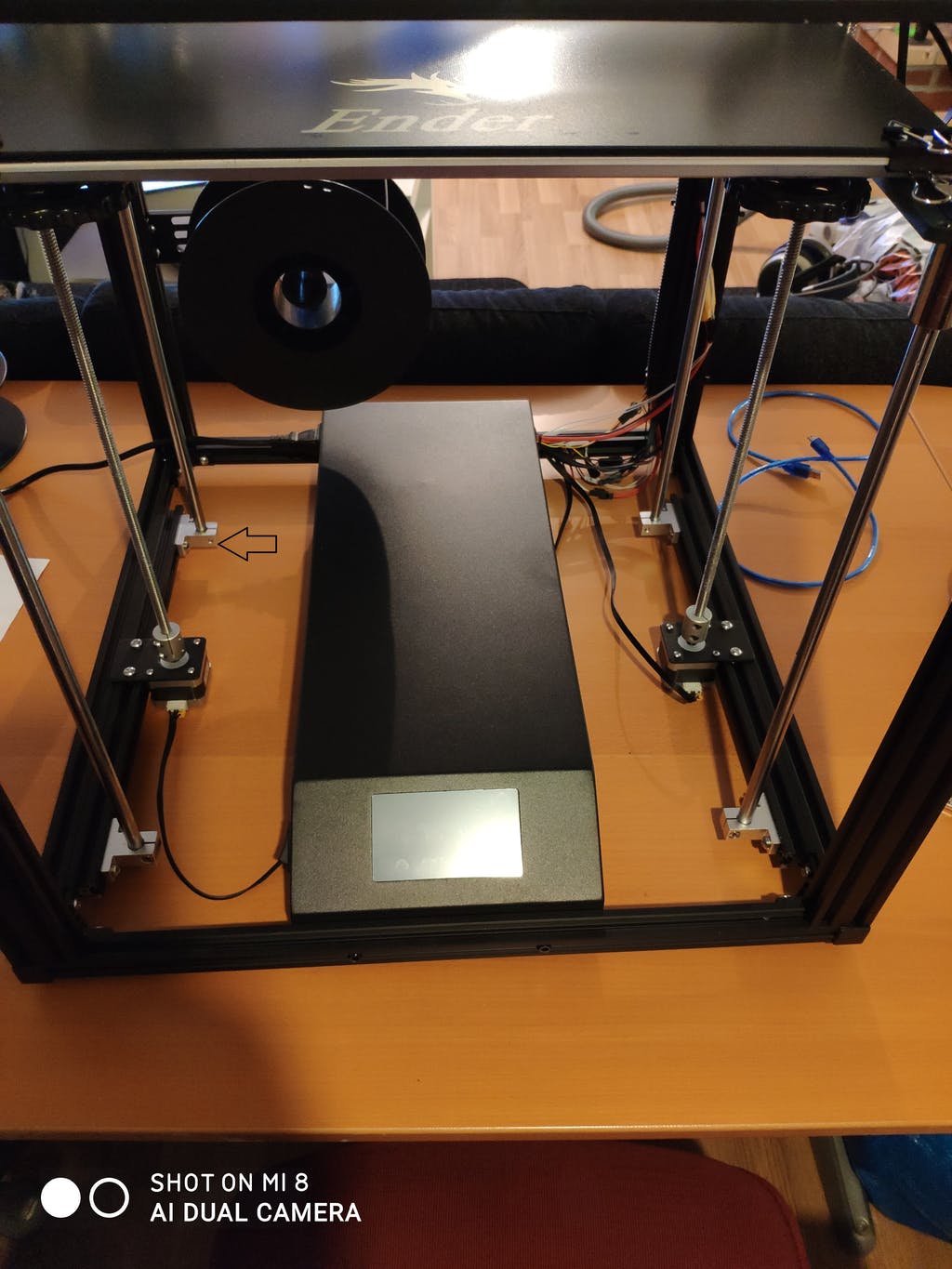 Ender 5 Plus (Creality) - Large Format FDM Printing on a Budget

Youtuber Acc: The Edge of Tech

Creality Ender 5 Plus: Build and Preview 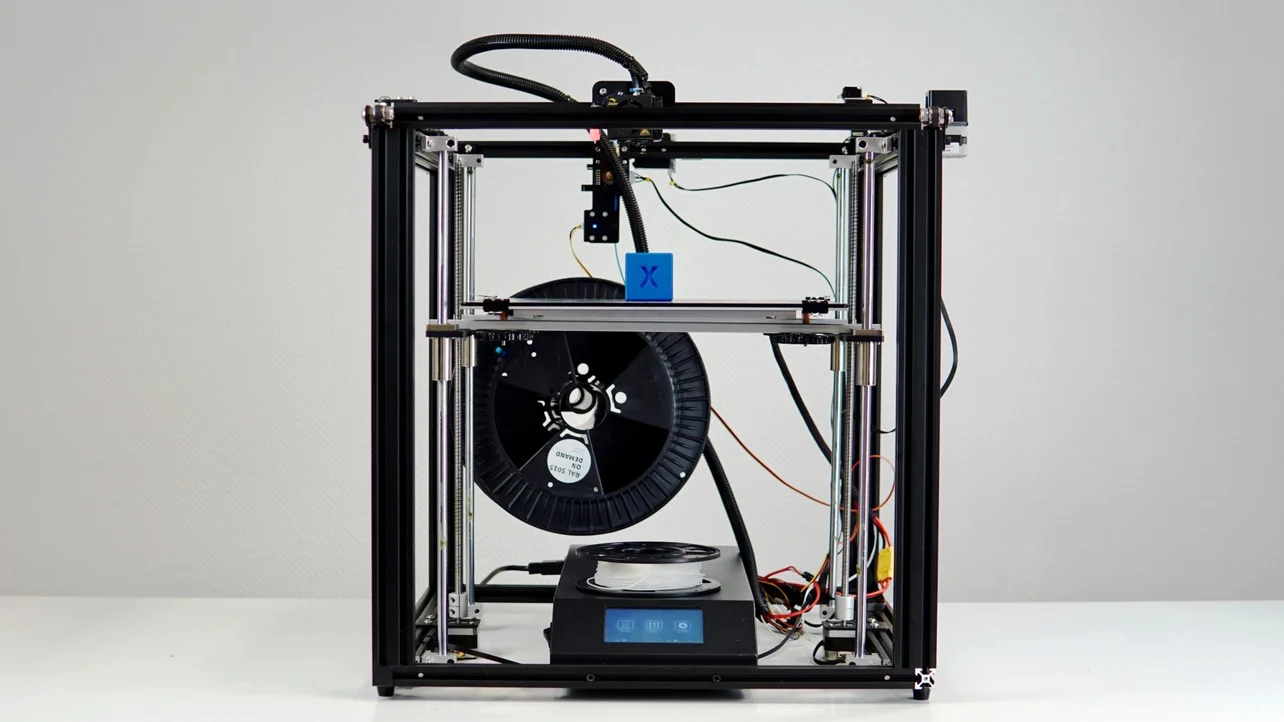 Creality Ender 5 Plus Review: 10-Hour Testing
From 2020, Ender 5 plus all upgrade to Meanwell PSU, was greatly improve the reliability and safety. 6 hours Live 3D Printed Tesla CyberTruck Ender5 Plus Upgrade Silent board Added not Default 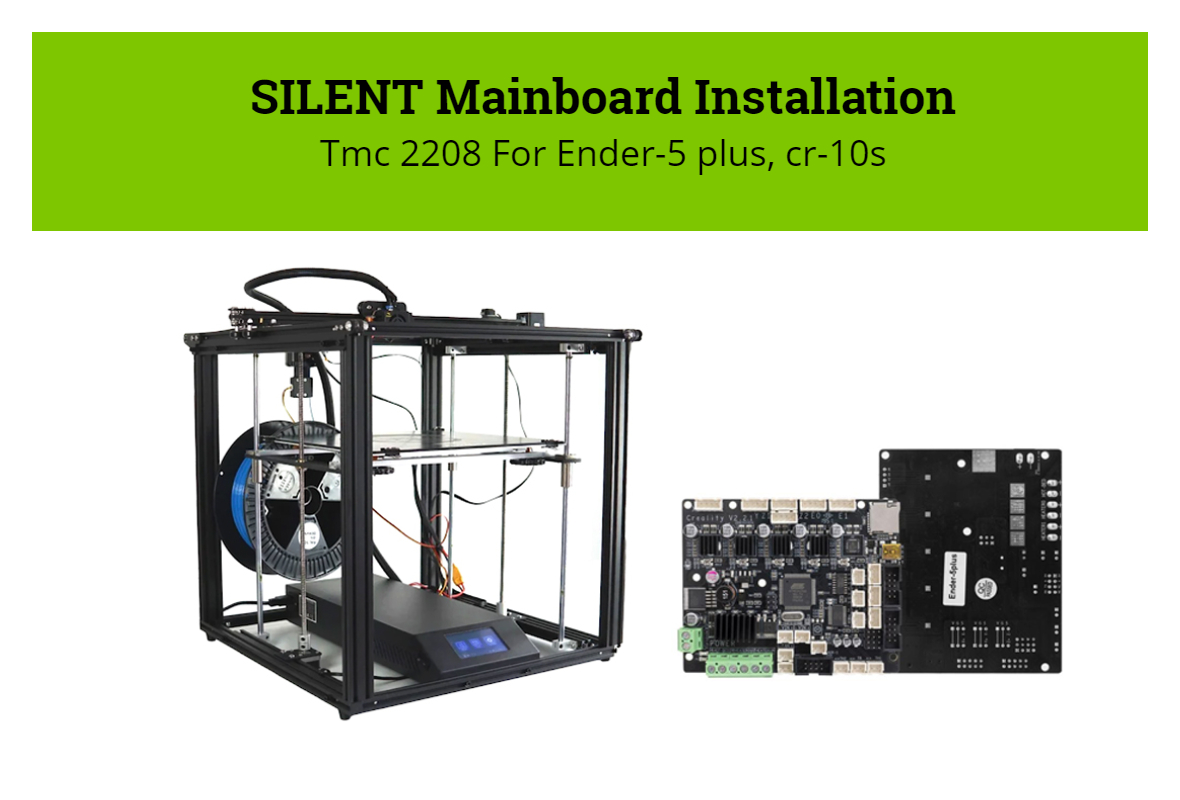 Ender 5 Plus Silent Board: How to Install It
The silent board is a great upgrade for the Ender 5 Plus. The new mainboard is basically the same as the original Ender 5 Plus board TMC2208 Driver. Take the time to read this article before you need to install your new motherboard 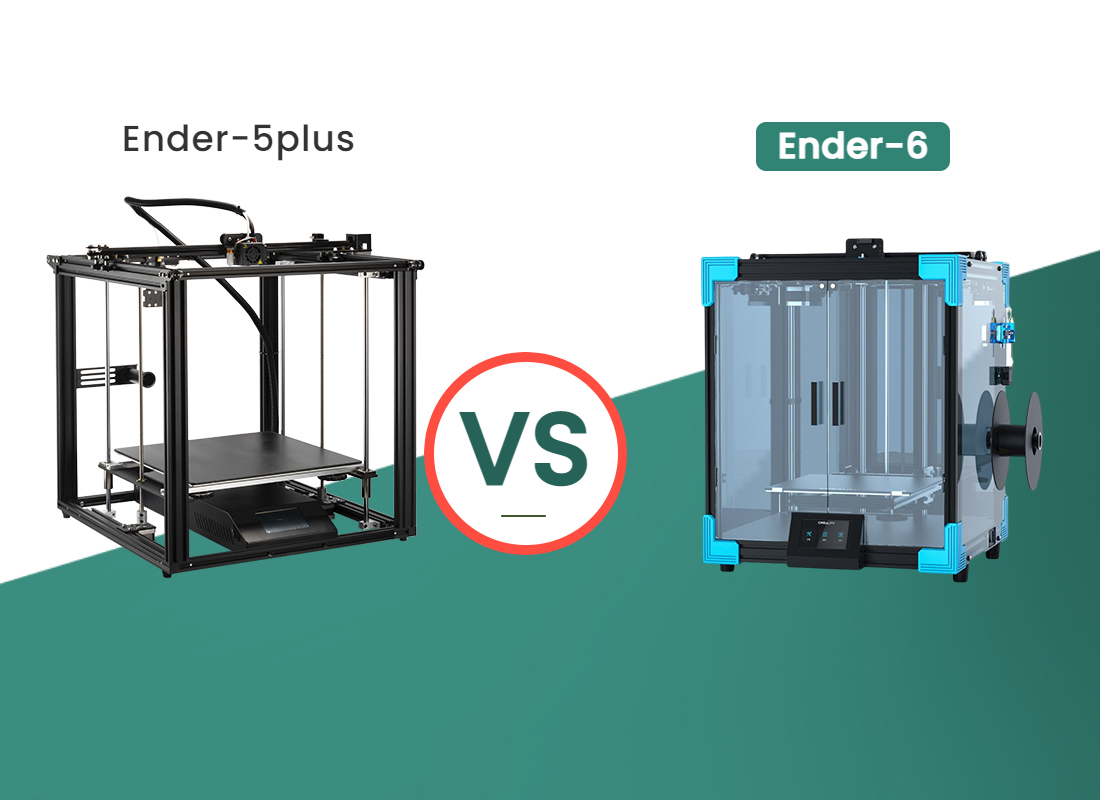 Crealtiy Ender 6 Corexy 3D printer? Ender-5 vs Ender 5 plus vs Ender-6 Differences?
ENDER 6 VS ENDER 5 PLUS COMPARISON - Ender 5 plus is offering automatic bed leveling. Ender 6 is for small, intricate 3D modeling, Projects with ultra detailing and smaller in size.